A downloadable game for Windows, macOS, and Linux

Feather is a serene game about exploration and immersion in a beautiful landscape. Become a bird, fly around and lose yourself in zen-like flow whilst listening to the soothing ambient soundtrack.

OST Available to stream on Bandcamp.

Stay up to date on development on our Discord

In order to download this game you must purchase it at or above the minimum price of $9.99 USD. Your purchase comes with a Steam key. You will get access to the following files:

Anything I can do about no 3d rendering being displayed?

(Edit: and messing with the resolution, graphics quality, and windowed or not, didn't change anything)

Heya T.O.T.S. enjoyer! Unfortunately this game is not compatible in DX12 rendering mode. Have you tried switching back to DX11 mode?

Otherwise, you may need to upgrade your external GPU/graphics card to a more modern one (e.g. RTX 3060).

Is it possible to download and run the game without Steam?

An itch purchase includes a DRM free download and a steam key.

This game is so beautiful... if you could consider making an x86 version for Windows so that it's compatible with more platforms, it would mean alot :) Other than that, great work!

The Linux version is only available in 32 bits. Very disappointing.

The free demo was made many years ago. If you want to play the full game you could try playing via Proton on Steam as we don't officially support linux any more.

The game looks so good.

My kingdom for a linux version. ;-)

So should we just assume that the Linux and Mac versions have been abandoned by now?  Given that it's been a year since someone from Samurai Punk said they were hoping to fix the bugs and release an update, it seems reasonable.

Would have been nice if y'all just came out and said it though.

I can actually confirm Mac is coming back and very soon along with some other news. Unfortunately linux is not happening. I'll never say never but right now it's a no.

Please can you put back the mac version of the demo, I used to have it, and I would like to play  it again. Thanks in advance.

Would also appreciate a mac demo :)

Fruits of a Feather (that Top Wing before the Nintendo Labo Bird game was made) for Mac is already back.

Is there an error somewhere?

Also, why is the Linux version not available on Itch?

Can you upload the newest version 1.3.0? It's on Steam but not itch.

What about a Linux full version? I want to pay, but there’s no Linux version.

You should see the new version :p

Its so fun! Can you add more maps in the demo version ? It'll be fun to explore around!

I left the demo up so people can try the old prototype from 3 years ago but if you'd like more content the full release is available for purchase.

You will be add more maps? maybe you can sell each map for a few dollars. It would be great.

Reply
the toucan3 years ago(+1)

this game is butiful!!! but i dont have 10 dollars to spare. but some day i will get it for the switch

Can you update the name of your video to Fruits of a Feather instead of Feather as that is the old prototype you played.

I can't edit the video.

It's a shame that you don't have a working Linux build yet, since I enjoyed the prototype version immensely. I really hope that you do manage to get it working and update the game to include it soon.

It's a pity I can't even play the prototype any more, even though it worked fine.

Did you remove the Linux version entirely? I used to be able to play (I guess it was the demo version?) but now it shows up as Windows-only. I'd happily pay for the old demo version back; I love this game and play(ed) it on Linux frequently!

We nearly shipped linux but ran into some crash bugs due to some experimental shader work we did.
Hopefully we'll be releasing linux support in an update.

that would  be amazing. I love this game and hate the idea of losing it! Will buy many copies!

So, when will this new version be on Linux?

we had a Linux build before launch but ran into some serious issues and frequent crashes so we decided to cut it for now. Hopefully we'll roll it out in future patches.

It is a great game and i hope it goes far but i have had one major problem with sound. No matter what i do the game has no sound or music or anything. I will accept any advice. I have already tried updating my sound card drivers and deleting and downloading the game multiple times.

This game it great it make take on a hard topic and bring me back to when i was a yonng child dreaming about flying around a top speed. Over all 10/10 gg. However I love this game but i feel that there should be a bit more to do.

Things you should add to make it my dream game

pery and with that predictors

mabye a few mini game like a race or challenge

and a muilt-player co-op doing online

i really really like this game!  its very calming

Reply
rtghd4 years ago
check out my gameplay if youd like? :D
Reply
CoralToast4 years ago(+2)

DUDE  THIS IS THE ACTUAL BEST THING. I've always wanted to play a game where you can just simply exist within a peaceful environment and this game truly delivered!!

This was one of the first Indie games I ever played and there really is no other game like it. It's nice to have a game that focuses entirely on ambience and relaxation and not challenge and controls. It really makes it more of an experience than a game, and there just aren't enough of those around.

I played it over a year ago and always come back to it to chill me out, I'm so glad to hear that it's being expanded into a larger game. That being said, I do think that 'Fruits of a Feather' is a much more unique name than 'Feather', but I'm thrilled to see that the aesthetic style is staying the same. My other piece of advice would be, RELEASE A SOUNDTRACK! The composer did a stellar job, it's some of the best in any game and I would love to listen to it while doing other things too.

Sometimes, less is more, and that sentence sums up the success and gameplay of this game perfectly.

Thank you soo much for your kind words <3

The soundtrack will be launched on steam with the game but for now our composer has the album up on Bandcamp. https://mitchellpasmans.bandcamp.com/releases

I feel really stupid, but is it supposed to fully extract? I am running Linux Mint and I used the extract option but it doesn't fully extract. My daughter would love this game as she loves to "fly like birds" but I cannot get it running. Can I get some advice? Sorry, I am new to Linux as Windows 10 completely crashed my computer and no longer works on it.

Get a Good Zip extracter. After extracting, open the file and right click on the .x86 file and go to properties. Then go to permissions and allow to execute as a program. Then, your game game will run as usual. 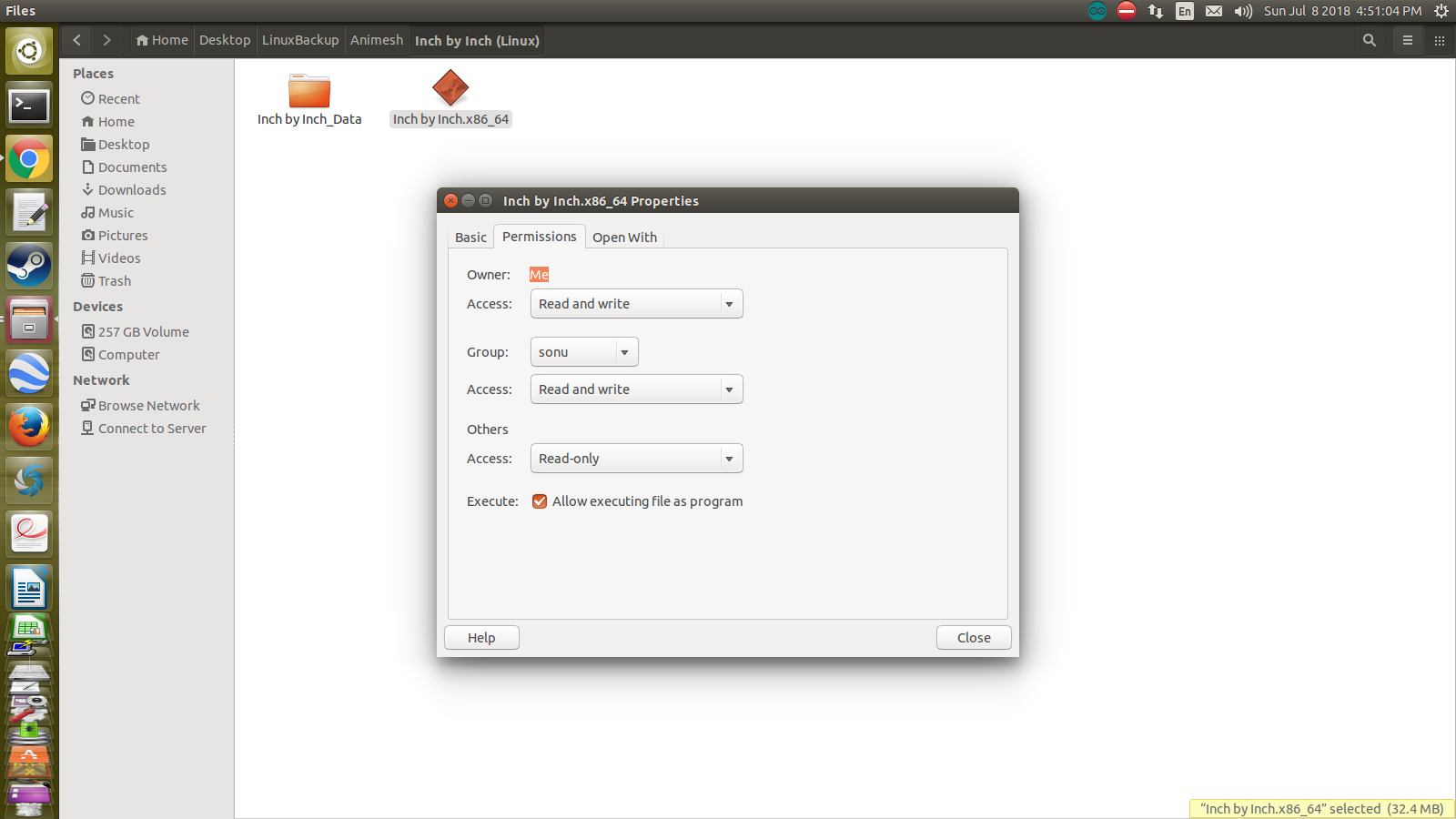 Aw, I liked the name "Fruits of a Feather".

Beautiful game, This game makes me feel so inspired because the goal of this game is to collect all the fruits and I was on the last one and it took me 6 days to find it and I was not giving up because I know I want to achieve what I must do to feel like I have completed the best thing in life. Thanks for making this game.....I really, really love it.

I've played computer games all my life and I can say this is the most calming, fun and relaxing game I've ever played in my entire life. Hats off, hands down. I've one question though, how do I restart the game with my score back to 0 so I can play it again and again. Thanks a ton #SamuraiPunk... Kudos!

Glad you liked the game, we've actually got a big re-release coming soon so keep your eyes open for that.

As for restarting, that's a secret.

Hahaha, I think I know what you mean when you say "secret". By the way I've tried the game in Windows 10 with the exact same settings, and I've noticed a significant difference with the bird's flight. My main computer is Archlinux and here the flight is far more seamless, smooth, while on Windoze it's kinda edgy.  I just thought you should know.  By the way I'm excited with your upcoming "big re-release".

make sure you're watching twitch.tv/samuraipunk if you want to see updates on what that's gonna look like.

Sure thing #SamuraiPunk! Will do.  Thanks a ton!

Very cool ! Thank you for this relaxing experience ! :D
Going fast and brush against the surface of the water is super great.
Need to be more "powerfull" / "stylish" when I get some fruits, to increase motivation and renew the experience. ;P

This is a sow nice game! I played it now for about 1 hour and its altrough fun! I will donate some of my pocket money to the makers.

Hi, i have found 191/192 and was wondering if you have to complete something to get the last one? I also can't figure out what the portals are for...

wait no never mind i found them all, so that leaves the question of the portals 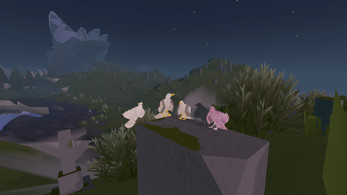 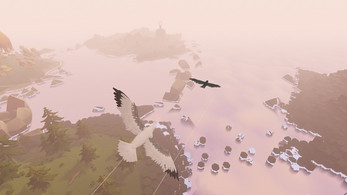 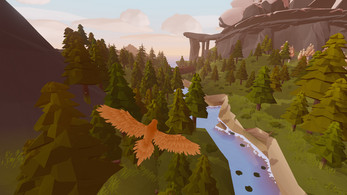 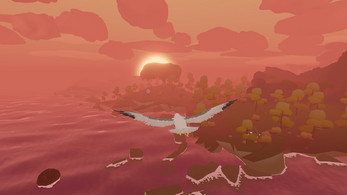 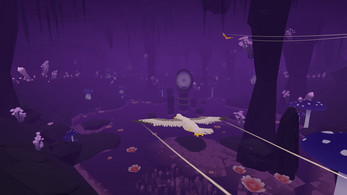 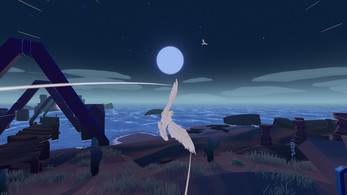